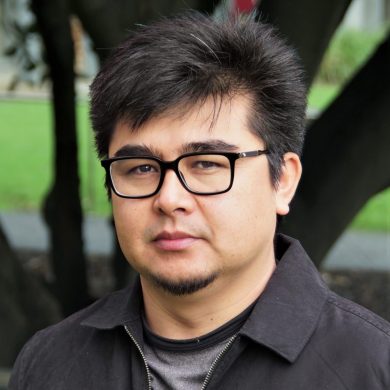 Project Title: The Impacts of Proxy War on the Dynamics of Civil War: the Case of Afghanistan between 2001-2014

Biography: Abbas Farasoo is PhD Candidate at Deakin University. He has BA in Journalism from Kabul University and an MA in Peace and Conflict Studies from Tokyo University of Foreign Studies in Japan. Abbas Farasoo’s research examines the impacts of proxy war on the dynamics of civil war in Afghanistan. He investigates how regional and international levels of rivalries and contention impact internal conflicts and how different layers of proxy relations shape the dynamics of civil wars. Moreover, he is interested in Afghanistan and Pakistan history, ethnic conflict, nomad-sedentary interaction, social movements, counterterrorism, regionalism, and diplomacy. He is also interested in International Relations theories and meta-theories in social sciences such as critical realism and post-structuralist philosophy. Previously, he has worked as Chargé d’Affaires and Deputy Ambassador at Afghanistan Embassy in Australia (2014-2017) and as the Deputy Director-General for Regional Cooperation in the Ministry of Foreign Affairs of Afghanistan (2013-2014). He also has taught at Gawharshad Institute of Higher Education (2013-2014) and Institution of Diplomacy in the Ministry of Foreign Affairs of Afghanistan (2013-2014). He is a frequent contributor to different newspapers on socio-political and current affairs.