Former IRGC officer and veteran of election campaigns Mohsen Rezaei announced on Twitter that he will be running for President. In the same tweet, he also expressed support for Saeed Mohammad and Amir-Hossein Ghazizadeh Hashemi, two other conservative candidates in this election. Rezaei’s linking of himself to these candidates is part of a strategy to win over their supporters so that they will direct their votes to him in the case that either Mohammad or Ghazizadeh is disqualified. 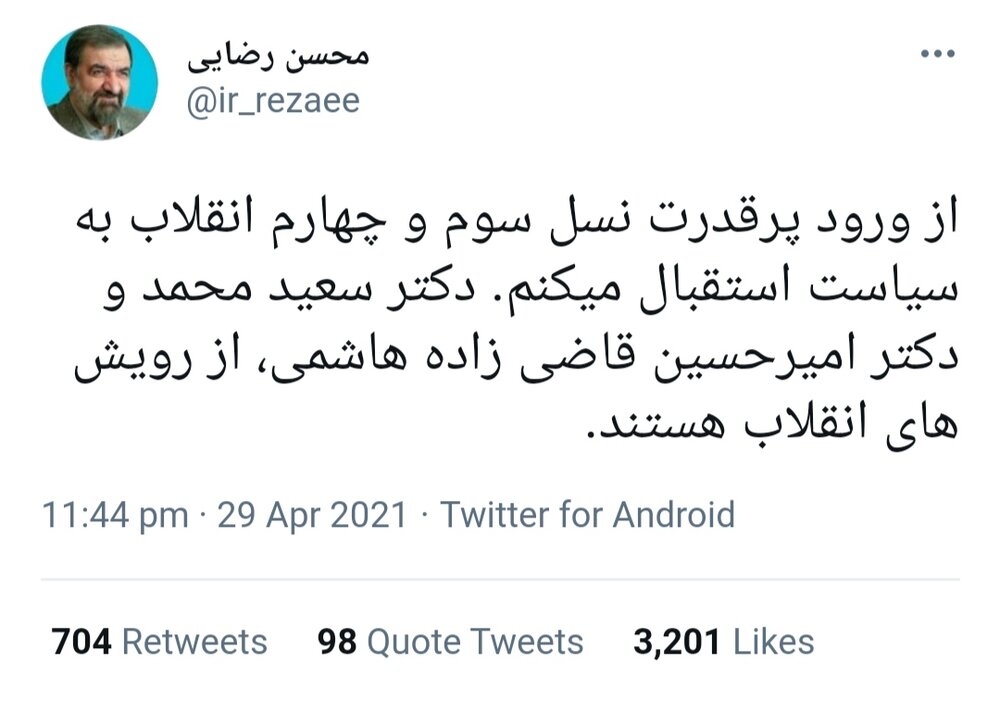